formally known as Ascension Christian Fellowship, got started in the late 1980’s. A number of families from the West Island of Montreal who were part of The Apostolic Church Fellowship in Verdun decided to plant a new church nearer to their homes. After starting in rented premises, a new church was built at our current location and the inaugural service took place on September 17th,1988.

Initially Pastor John Kristensen led the fellowship. In 1994 Pastor Omri Davies was ordained and became a lay Pastor of the church while he remained in the business world for the next 2 years before taking on the full-time role as Lead Pastor in 1996. Pastor Richard Davies was ordained as Associate Pastor in 2004. With God’s blessing we have grown as a church family. We are blessed by being made up of families and people from diverse walks of life and many ethnic and cultural backgrounds. In 2003, it was decided an expansion of the church building was needed to accommodate our expanding church family and ministries. The new building expansion was completed and dedicated in September 2004.

In 2015 based on the book of Romans 12:2 the elders made a decision to change the church name from Ascension Christian Fellowship to TRANSFORMATION CHURCH.

“Do not be conformed to this world, but be transformed by the renewal of your mind, that by testing you may discern what is the will of God, what is good and acceptable and perfect.” ESV

The Apostolic Church in Canada

Our Canadian story began in 1927 when Robert Caldwell of Gaspereau, Nova Scotia attended an Apostolic church in Philadelphia while living there for a short period. Upon returning to Nova Scotia, he told others of the church that he had attended and subsequently an invitation was extended to Pastor Joseph Larkins of Philadelphia to visit Gaspereau to minister.

The first Apostolic Church in Canada was established in the home of Fred and Edna Jordan with nineteen members welcomed into the church under the direction of Verge Card as the first overseer. The following year a church building was built on Gaspereau Mountain and opened on June 10, 1928. Verge Card was called into ministry on June 22 to become the first Canadian pastor of The Apostolic Church in Canada.

Since that time multiple churches have been planted throughout Canada under the banner of The Apostolic Church in Canada.

The Apostolic Church worldwide is a Trinitarian, Evangelical, Pentecostal and Apostolic network of churches with a strong commitment to missions resulting from a Prophetic challenge early in its existence “to belt the globe with the Gospel”. The Apostolic Church holds to the evangelical truth that Salvation is only attained by grace through faith in The Lord Jesus Christ.

There are now affiliated, self-governing networks of churches, in over 100 countries around the world with a membership of over 15 million. They are joined together with a vision of planting churches to expand and build the Church of Jesus Christ; releasing the Apostolic Five-Fold Ministries (see Ephesians 4:11) and releasing every member of the Body of Christ in their individual spiritual giftings (see 1 Corinthians 12:4-11). 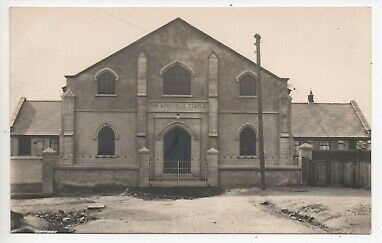 Come Visit us This Weekend

Learn More About Us